Liam is a software developer from the United Kingdom, born in Kingston Upon Hull on 14th April 1993.

After graduating from The University of Hull in 2014 with a 2:1 in BSc Computer Software Development, Liam moved away from Hull to live in Camborne in Cornwall.

Liam then moved from Camborne to Selby in Yorkshire in 2018. 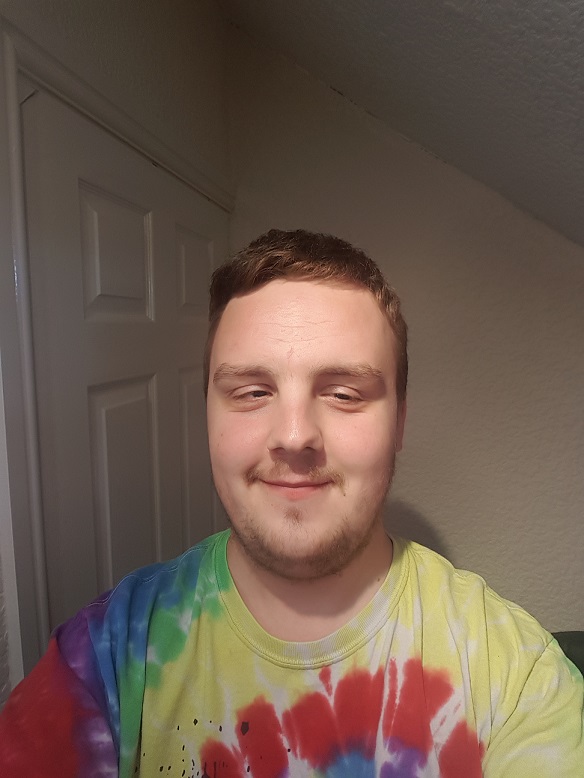 Liam is continually educating himself and others, but the formal education he has received is as follows:

Liam attended Thoresby Primary School from 1997 to 2004. This is where Liam gained the love for learning and made a life long friend.

The grades Liam got in year 6 for his SATs exam where good, and he was well equipped to start his secondary education.

Liam attended Kelvin Hall School from 2004 to 2009. Here Liam was able to strive in learning the key knowledge that has advanced his life to where it is today.

The grades Liam achieved in his GCSEs are: 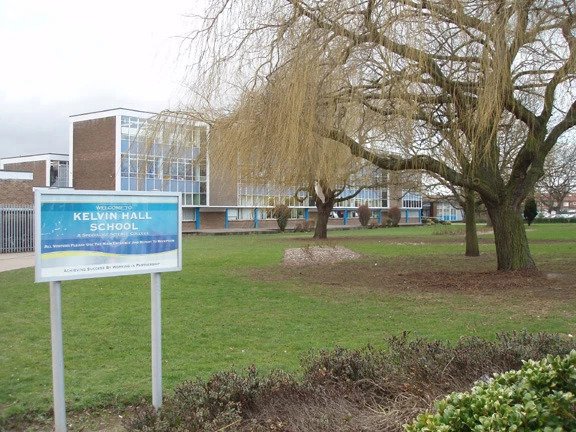 Liam attended Hull College from 2009 to 2011. As Liam went to college, he had decided that he was going to work with computers for the rest of his life.

While Liam worked on getting a Distinction Merit Merit for his BTEC level 3 National Diploma, IT for practitioners, Liam realised he had a nack and passion for software programming which to this day has focused Liam's life.

The University
of Hull

Liam attended The University of Hull from 2011 to 2014. On this degree, Liam honed his skills in the art of software development.

Liam graduated in 2014 with a 2:1 in the degree BSc Computer Software Development.

Liam has had the following jobs:

While at university, Liam started a business that creating a customer website CMC system for local businesses.

Running this business taught Liam how to work with customers, timekeeping skills, project management, and he learned a lot of different development techniques.

Once Liam had graduated from university, he took a job at LumiraDX Care Solutions (it was by a different name at the time) as a software developer.

While working for LumiraDX Care Solutions, Liam got involved in the creation of medical device software and grew from a junior developer to a key member of the team.

Liam also took on the role of security lead while working for LumiraDX Care Solutions which gave him the responsibilities of performing internal and external penetration tests. Liam also gave several internal training courses on software security to the development department.

After spending four years working here, Liam moved on to the next job but still looks back fondly to the people and work he did at LumiraDX Care Solutions.

In the short time Liam worked for Trailight he helped with the continued development of financial regulatory software.

After just under a year of working for Trailight Liam decided it was not the right fit for him and moved on. 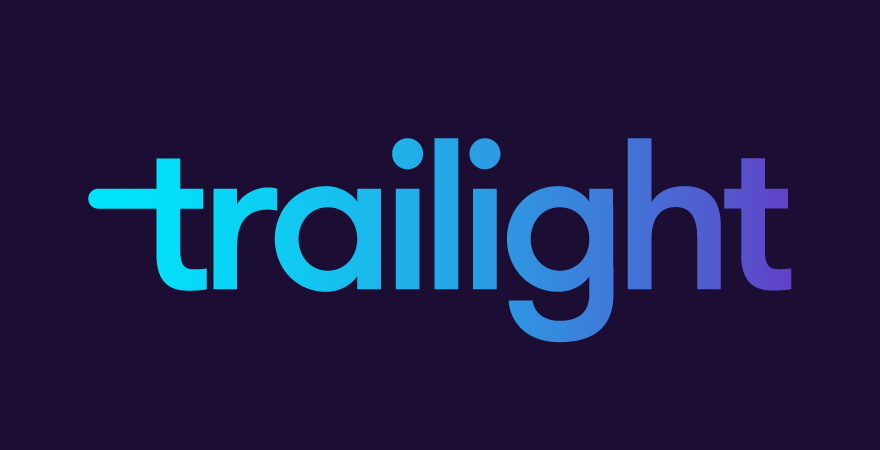 Pierbridge is part of the WiseTech Global group.

Family for Liam is one of the most important things in his life.

Tracy gave birth to Liam on the 14th of April 1993 at the age of 17 and has been a great inspiration to him for all his life.

Liam and Tracy have the same eye condition aniridia, but this has not stopped either of them achieving a good life. Liam has always looked to his mum to understand what is achievable even with the condition, and this has helped him push through and strive to do the things he wants to do.

Chris married Liam's mum in 1996 and became his stepdad. The best friend of Tracy's brother Mark, Chris and Tracy spent a lot of time together in their youth, leading to a long and loving relationship.

Chris is held great esteem by Liam, not only as the man who took him as his own but a fantastic person. Chris definitely lives up to one of his wife's saying:

Anyone can be a father; it takes someone special to be a Dad

Chris has also passed on his love of "bad" Dad jokes to Liam, who has not been able to stop himself retelling jokes his Dad had always told, even when Liam was in secondary school he would come out with the odd Dad joke.

Born in 1997 the first son of Tracy and Chris, Callum and Liam would spend time together playing games, fighting (as brothers do) and sharing good times.

Callum is currently a teaching assistant and is football mad.

Born in 2008 the second son of Tracy and Chris, Liam has seen Freddie grow up from a baby.

Freddie is currently in school and has a wonderful and curious mind, just like Liam.

Liam and Kirsty had their first date on the 1st of June 2018. The moved in with each other the 1st of August 2018. The first moving into Liam's Grandma (Pam Raper) while looking for a place to rent of there own. At this point, Liam and Kirsty had both changed jobs. After about a month of searching, they moved to their current house in Selby.

They got engaged on 16th of February 2018, when Liam asked Kirsty in the center of Zeebrugge (Belgium). They are saving up to pay for there wedding.

Mum to Tracy, Liam has lived with Pam two times in his life, first between the ages of zero and three with his mum, and again for a month and a bit in 2018 when moving back to Yorkshire from Cornwall.

Pam is a wonderful, caring and kind women who enjoys gardening and sewing.

Pam has two children Tracy and Mark and Liam's middle name John is after his Grandad (Pam's husband) who sadly died before early in Tracy and Marks lives.

Mum to Chris, Liam has always enjoyed spending time with Maureen and learned a lot from her. Liam especially remembers the stay overs over Christmas and visiting in summer.

Maureen is a very fun and happy person who loves to do arts and crafts and taking care of greyhounds.

Father of Chris and married to Maureen, Liam has always enjoyed spending time with Geoff and learned a lot from him. Liam especially remembers the stay overs over Christmas and visiting in summer.

Geoff like his wife is a fun and happy person who enjoys reading about history.

Liam has a good group of friends that have been in his life for many years now.

Liam has known Chris since they were both in nursery together. The longest-lasting of Liam's friendships Chris and Liam have the ability to know what the other is thinking and even though they don't see as much of each other as they used to they both still have a close connection.

Liam and Ben would spend many nights playing video games together and hanging out in the city centre of Hull together as teenagers.

Ben has always had Liam's back, and the two still have fun to this day.

Matt and Liam first met in science class when Matt was placed next to Liam in year 12 science.

After getting to know each other, Liam introduced Matt to Ben and Chris and the three became life long friends.

Matt and Liam have a great time together and have done some very fun things in the past. Liam was an usher at Matt's wedding to Gemma which he was deeply honoured to be apart of.

Gemma is an intelligent and fun person that Liam enjoys talking to. Liam was an usher at Gemma's wedding to Matt which he was deeply honoured to be apart of.

Liam has travelled to many placed in his life including having stayed in every county of the Britain.

The international travel Liam has done is:

This was the first international travel Liam did outside the UK. There are a few things Liam remembers of this trip but the main one is walking to Son Servera from Cala Millor in the baking heat, which to this day is a well talked about event in his family.

When Liam was a teenager, he visited Venice with his family. They stayed in a static caravan on the mainland of Italy and enjoyed the local culture. This is where Liam fell in love with Italy and why he would always go back.

Liam visited Roma in 2016 with Chris Skelly. The two spent there time seeing the sights and eating good Italian food.

Liam and his friends visited Zeebrugge; Liam loves the architecture and enjoys eating a good waffle. Liam and Kirsty also visited Zeebrugge on 16th February 2019, and this is where Liam proposed to Kirsty.

Liam visited Amsterdam with his friends and they had a lovely time wondering around the great city.

Currently, Liam stays active but doesn't do any specific sports. When growing up, Liam took part in several sports notably:

Liam did Judo for the age of 12 until 15 he attanded the yellow belt 2nd dan and competed in one competition in which we got a bronze medal. Liam really enjoyed doing Judo and the focuse it gave him.

Liam played cricket for the Yorkshire blind team he enjoyed playing the game but was unable to commit to playing it for a long time.

Goalball was the sport Liam spent the longest time playing he started off playing for the Hull team and moved to the York team before stopping to take his job in Cornwall. Liam played at all three levels of the domestic game and had a lot of fun playing.